Boys and Girls State next week 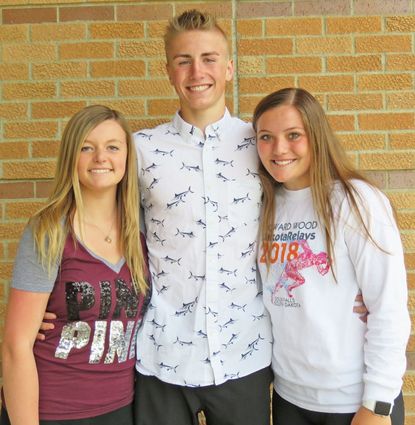 High school boys from across the state of South Dakota will be arriving in Aberdeen on Monday, May 28, 2018, as the South Dakota American Legion Boys State will convene on the campus of Northern State University. The program will conclude Friday, June 1.

Students, who have just completed their junior year, will arrive on the NSU campus on May 28 for registration and the opening of the American Legion Boys State in South Dakota. Ben Kulesa will represent Ipswich. He is co-sponsored by the Ipswich American Legion and Commercial Club.

Boys and Girls State are participatory programs where each delegate becomes a part of the operation of his/her local, county and state government. They are exposed to the rights and privileges, the duties and responsibilities of a citizen. The training is objective and practical with city, county and state government operated by elected and appointed officials duly placed in office by the participants. Activities include legislative sessions, court proceedings, law enforcement presentations, assemblies, bands, chorus and recreational programs.

Participants were selected by local posts following recommendations by school officials. In most cases, the expenses associated with attendance were paid by a sponsoring American Legion Post, a local business or another community-based organization.