Funeral services for Ronald L. Moore, 83, of Kennebec was at 10:30 a.m. Thursday, May 24, 2018 at the Kennebec Methodist Church in Kennebec with burial in the Kennebec Cemetery at Kennebec.

Ronald Lewie Moore, son of Lewie and Leola (Paige) Moore, was born December 18, 1934, at Kennebec and was raised on a farm two miles northwest of Kennebec. He attended school from first through 12th grade in Kennebec. Ronald enlisted in the U.S. Army and served for two years.

On September 5, 1959, Ronald was united in marriage to Frances Beth Caslin in Kennebec. To this union, four sons were born Wesley, Scott, Clayton, and Cody.

He enjoyed working with wood and had done so most of his life. Another favorite past time was working with horses with his boys, grandchildren, and close friends. 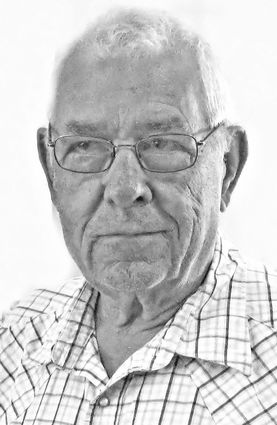