Variety of activities for Trail Days 2018 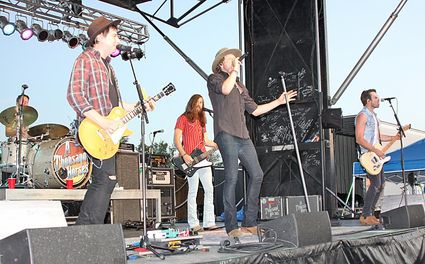 The Saturday concert featured A Thousand Horses, with the opening act The Rude Band, who also played at the After Party. Organizer Shirley Williams estimated about 850 for the Saturday night festivities.

There was more music Saturday afternoon. Sherwin Linton and his band played two shows in the bandshell.

The Saturday morning parade had about 70 entries. The 2018 theme was "Ipswich Rocks." Linda and Rich Johnson were the parade marshals, followed by a variety of cars, tractors and floats. Three classes celebrating r...