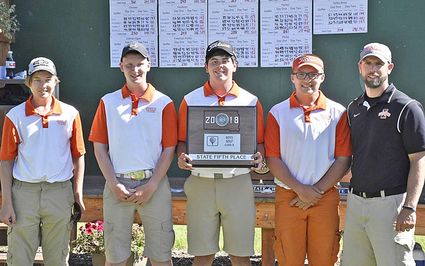 Some local-area high school golfers competed at Waterdown during Day Two of their State B girls and boys tournament action last Tuesday.

After the first day of the boys' event, Ipswich had shaded defending champion Aberdeen Christian for fifth-place in the boys' team standings. And at the end of the second day, coaached by Matt Pollock, the Tigers were still able to edge AC'sixth-place 512 outcome by three strokes to remain in fifth. The AC Knights had won the boys' B for three straight years and were in the hunt for a 4-peat but fell short of that goal.