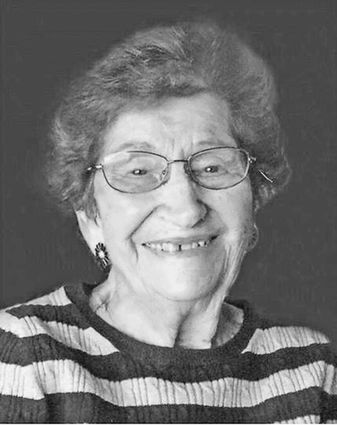 Lorraine M. Scheele, 88, of Aberdeen, and formerly of Ipswich, passed away July 9, 2018, at Sanford Hospital in Sioux Falls..

Mass of Christian burial was at 11 a.m., Thursday, July 12, 2018, at St. Mary's Catholic Church, Aberdeen, with Father Andy Thuringer as celebrant. Burial was on Thursday, at Holy Cross Cemetery in Ipswich.

Lorraine M. Zahn was born in Napoleon, N.D. on March 7, 1930, to Tony and Rose (Eberle) Zahn. She attended country school in Firesteel, and then moved with her family to Monango, N.D., where she graduated from high school in 1947. Following graduation, Lorraine taught country school in North Dakota. She also lived in Aberdeen and Minneapolis, Minn. before she was married.

Lorraine married Andrew Scheele on February 14, 1956. They lived on the Scheele farm near Ipswich, where they raised cattle and grain. Lorraine was very active in the day-to-day activities of farming during the couple's 59 years on their farm. Andrew passed away on February 16, 2015, and Lorraine moved to Aberdeen in October of that same year.

Lorraine was an active member of the Catholic Order of Foresters and the Holy Cross Altar Society in Ipswich. In her spare time, she enjoyed traveling and playing cards, and was also an avid reader. Lorraine loved crocheting and had crocheted many afghans and doilies for family and friends over the years. Above all, she enjoyed spending time with her children, grandchildren, family, and friends.

Lorraine was preceded in death by her husband, Andrew; daughter, Barb Scheele; her parents; and siblings, Elmer Zahn and Jerome Zahn.