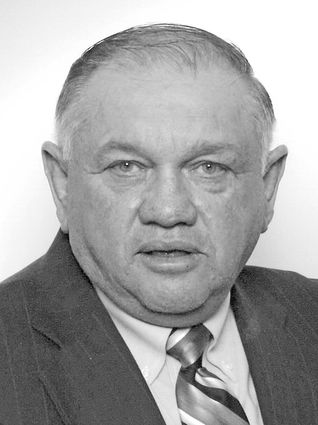 Burial was in Morningside Cemetery at Roscoe with military graveside rites by Andrew and Harold Schauer American Legion Post #259.

Dwight Raymond Lehr, son of Raymond and Hildegarde (Schaible) Lehr was born October 8, 1948 at Ipswich. He grew up four miles east and one mile north of Roscoe on the family homestead. He attended country school, then Roscoe High School. Dwight entered the United States Navy in 1969 and was a Helmsman of the USS Constellation during the Vietnam War. Following his honorable discharge, he returned to farm the family homestead.

Dwight was united in marriage to Mavis Mehlhaff on August 6, 1972 in Hosmer Reformed Church. He was currently an active farmer, even though his health was failing from diabetes.

Dwight enjoyed traveling with his wife and going to Stock Car races. For 17 years in a row, he made trips in August to Knoxville, Ia. for World of Outlaws Sprint Car Nationals. He also collected antique tractors. The love Dwight had for his grandchildren was very strong and he loved spending anytime he could with them.

Dwight was a member of St. James Congregational Church and a life member of Andrew and Harold Schauer American Legion Post #259. He was formerly the Bryant Township Supervisor.

He was preceded in death by his father.

Carlsen Funeral Home and Crematory of Aberdeen has been entrusted with arrangements. http://www.carlsenfh.com