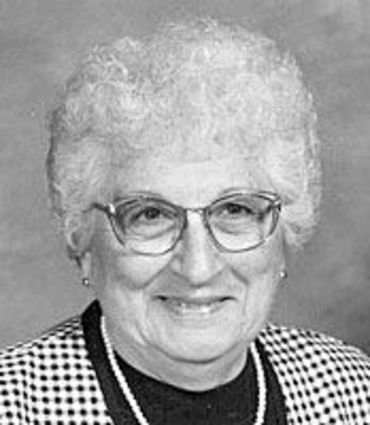 Mass of Christian Burial for Della Schaffner, 92, of Leola, was at 10:30 a.m. August 7, 2018 at Our Lady of Perpetual Help Catholic Church in Leola. Burial was in the church cemetery.

Della was born Feb. 21, 1926, on her family's farm northwest of Leola, to Henry G. and Mary (Kessler) Neuharth. She attended country school and graduated from Leola High School in 1944. She then attended Northern Normal in Aberdeen where she attained a teaching certificate.

After returning from college she married Michael E. Schaffner on November 19, 1945. They made their home in Leola and she embarked on a short teaching career that found her guiding students in three different country schools. As she and Mike had a growing family, she quit teaching and stayed home to raise her children. The two built a new home in Leola in 1950, which would become her residence for nearly the remainder of her life. She helped Mike at the local coop station and at his repair shop by doing the bookwork. As her children grew older she started doing casual direct sales like Avon and several other companies. When her children were nearly done with school she began working in Aberdeen at 3M where she continued until retirement. After retiring from the paid working world, Della was a dedicated volunteer with the Foster Grandparent Program for years at the Leola school.

Della loved to spend time with her children and grandchildren, and with her great-grandchildren as her health permitted in the later years. She enjoyed crocheting, sewing, gardening and canning which was her way of providing for a growing family. Della spent hours crafting and nearly everyone has something that she had created; she also had an eye for fashion and accessorizing.