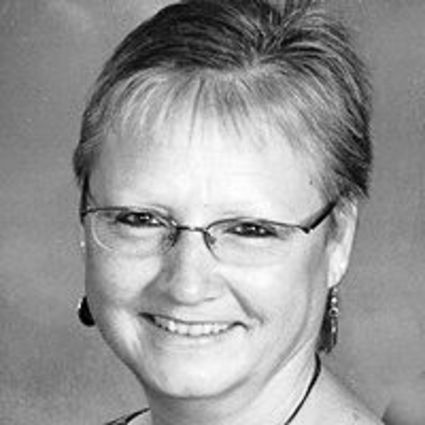 Annette Marita Hammrich was born January 22, 1966, in Ipswich to Clarence and Darlene (Scholand) Hammrich. She attended Holy Cross Catholic School until sixth grade, then joining Ipswich Public School and graduating with the Class of 1984.

Annette was united in marriage to Morris Jones on June 28, 1997, in Ipswich, South Dakota. They were then blessed with the birth of their daughter, Shaunay, on December 3, 1999.

Annette began her job careers straight out of high school, working at the Colonial Manor, Ampride, and the last 10 years with Edmunds County as a clerk/secretary in the Director of Equalization office.

Annette enjoyed gardening, planting flowers, playing cards, attending sporting events, and going to casinos. Every few years, she and her husband would join friends and family on couples vacations.

When diagnosed with breast cancer in 2012, Annette's outlook on life never changed. She faced each battle with a positive attitude and never gave up, determined to gain the title "survivor". Her immense strength and determination is what it took to see her daughter, Shaunay graduate from high school in May of 2018 as valedictorian.

Annette gained her angel wings on Monday, August 20, 2018 at Avera St. Luke's Hospital surrounded by her family and friends.