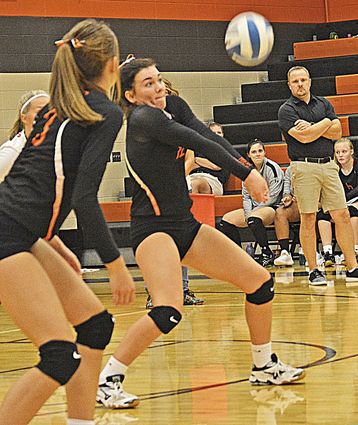 Ipswich won the back-and-forth opening set 25-22 and had an even easier 25-13 win of the second set. But during the break between the second and third sets, the visitors must have decided that they weren't quite ready to leave, because they grabbed the momentum with a 25-19 win of the third set. Ipswich then also had to battle back from an early deficit in the fourth set. But that's exactly what the Lady Tigers did and they generated their own momentum for a 25-19 win, cap...