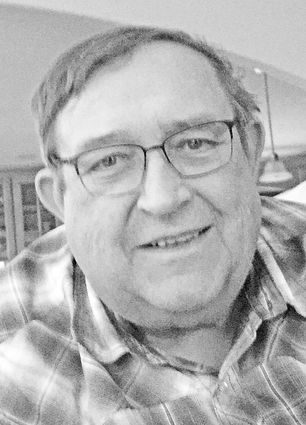 He died August 27, 2018 after a three week stay at Avera McKennan Hospital due to pneumonia complications.

At a young age, Lowell moved with his family to Garrison, N.D. then relocated to Lemmon, where he attended grade school, always claiming to be the second grade spelling champ. At ages 9 and 10 Lowell and his sister, Carol, would collect and sell pop bottles for spending money. They also supplemented their income with their paper route delivering 100 papers every day until the ages of 14 and 15.

At age 14, Lowell moved with his family to Ipswich and started working at Taylor Implement "driving the broom". He graduated from Ipswich High School before starting a 32-plus year career selling all types of farm machinery and equipment, including his favorite and most beloved line, John Deere.

He owned and operated Lowell Walter Equipment until ill health forced him into early retirement. He deeply cared about his customers and many became lifelong friends. Many times deals were started at the kitchen table or on the hood of a pickup and closed with a shake of the dice.

On March 26, 1966, he married Gwyn Pade. Four daughters were born of this union.

On August 20, 2000, he married his best friend, Susan (Braun) Stewart. Prior to his death, they resided in a small housing community outside of Bath, where he was the current secretary-treasurer of the association.

He was a collector of toy tractors, trucks and cars including the purchase of his first new car, a 1976 barn red Ford T Bird, which he still owned. He loved driving his JD garden tractor, doing woodworking in his shop area specializing in toy barns and playing any kind of card games.

Lowell loved listening to Willy's Roadhouse on the radio and rooting for the Minnesota Vikings. He was a previous city councilman of Ipswich, City league golf champ and a golf association board member and president. During his retirement years, he famously perfected the state dessert, kuchen, and earned a first place purple ribbon for his apple pie at the Brown County Fair. Prior to his illness, he would start his day at McDonalds joining the "board of knowledge" to solve all the problems in the world!!

Most importantly, he loved being around his family on any occasion for any reason and especially the apple of his eye, great granddaughter, Emma, who affectionately called him "Pops".