This is Homecoming Week 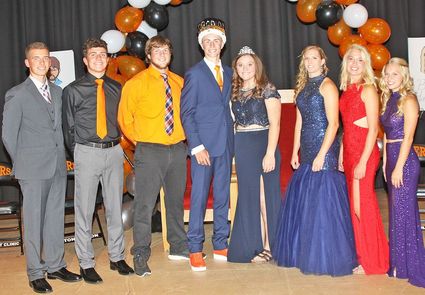 Ipswich High School's homecoming celebration for 2018 is this week. The theme is "Entertainment."

You still have time to register your parade entry. Contact Shana Gohl at the school, 426-6571. The deadline to sign up is 5 p.m. Thursday. But last minute entries can sneak in. Stop at the school prior to the parade to get your entry number. The parade begins at 1 p.m. on Friday.

The parade route will remain the same as last year. The parade entries will line up on First Avenue by Holy Cross Church. The route will begin at First Avenue and Fifth Street, down Alma Avenue, turning on Main Street heading north, turning again on Fourth Avenue. Supt. Elementary students will leave the parade along 4th Avenue. Floats may continue up to Ipswich Care and Rehab.

Marshals Ethan Gilbert and Carter Heinz were the emcees for the Coronation Monday night. 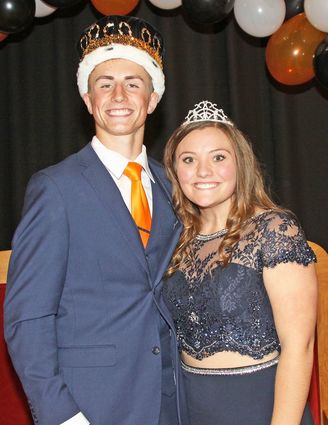 The Coronation included performance by the IHS chorus and band. High School classes and even some parents had skits.

Competitions throughout the week will earn points for the classes. Culminating with the winning class being treated to a party.

The Ipswich Lady Tigers volleyball team hosted Potter County on Tuesday and they will host Langford on Thursday.

A school dance is planned Friday night after the football game.

A Busine$$ Buck$ sign up is planned on Thursday and Friday. You can sign up to win one of three $50 Ipswich Bu$ine$$ Buck$ prizes. You do not have to be present to win. The participating businesses can be found elsewhere in this week's paper.