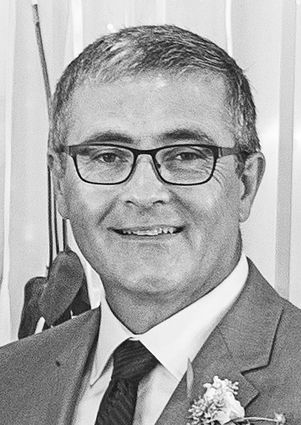 David Perrion, 55, of Sioux Falls passed away unexpectedly in his sleep on September 20, 2018 while elk hunting in Wyoming.

Visitation with the family present to greet friends will be 5-7 p.m. Thursday, September 27, with a Scripture service beginning at 6:30 p.m. at Miller Funeral Home-Downtown, 507 S. Main Ave.

David Perrion was born in Ipswich on March 2, 1963 to Duane and Jan (Peterson) Perrion. He graduated high school in Ipswich in 1981. From there he attended the Electrician program at Mitchell Vo-Tech where he graduated in 1983.

On August 27, 1983, Dave married his high school sweetheart, Barbara Meyer. After marriage they moved to Sioux Falls where Dave resided until his death. He worked as a Foreman Electrician for Electric Supply Co. In addition to being an electrician, he also enjoyed working as a bow technician at Scheels.

Dave had an adventurous spirit and many passions in life including photography, hunting-especially archery, fishing, camping and spending time with family. It gave Dave great joy to pass on his knowledge of the outdoors and teaching archery to children. He is well-known for his hunting adventures and loved sharing his stories.

He is preceded in death by his father, Duane Perrion.