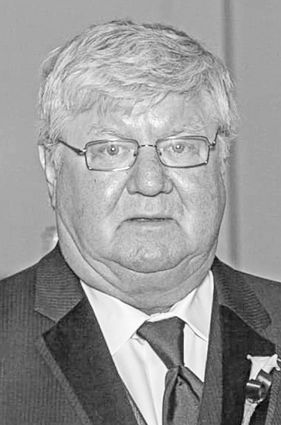 Inurnment will be in Morningside Cemetery, Roscoe, at a later date.

Dean Curtis Lehr, son of Elmer and Martha (Pietz) Lehr was born June 28, 1951 at Ipswich. He grew up on the family homestead between Ipswich and Roscoe. He attended country school until the third grade and then attended school in Roscoe, graduating with the class of 1970. Dean went on to attend Lake Area Technical Institute for Auto Mechanics, where he earned his certificate in 1971.

Dean was united in marriage to Marilyn Heilman on October 14, 1972 in Holy Trinity Catholic Church at Hosmer. He then worked as a mechanic for Roscoe Auto for many years until they closed. He then became employed at Cenex in Roscoe until a workplace injury made him seek other employment. In the fall of 1994, Dean took over the family farm operation focusing on ranching, growing an 85-cow herd into a good Black Angus herd of 325. In 2011, Dean and Marilyn sold the ranch and moved to Aberdeen. In the fall of 2012, he began working for Napa Auto Parts – Farnam's Genuine Parts where he was currently a salesman.

Dean was an avid car racing fan and a respected engine builder for many of the drivers. He had his own brand, D.L. Motors. Every Friday night, he could be found at the Brown County Fairgrounds race track and other nights at other area tracks. He always enjoyed the Jamestown Stampede Race. Dean also enjoyed antiquing with his wife, Marilyn and of course collected many treasures.

Dean was a former Roscoe City Council member, Bryant Township Supervisor and had been a member of the Roscoe Fire Department where he had served as Chief.

He was preceded in death by his parents and one infant daughter, Mary.

The organist was Mavis Lehr.

Carlsen Funeral Home and Crematory of Aberdeen had been entrusted with arrangements.