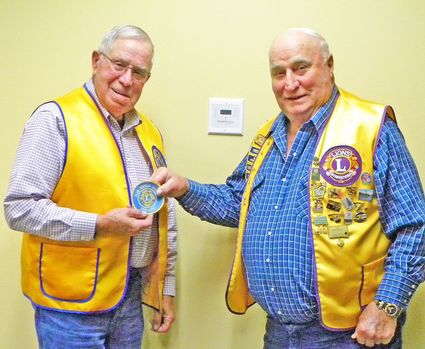 Ipswich Lions Club President Larry Stafford, left receives a club patch for the fourth place honor for Club of the Year in District 5SW from First Vice President, Lester Forkel on the right.

The Ipswich Lions Club meets locally the second Thursday of each month at 7:00 p.m. in the Agtegra Community Room. Club Officers for 20...