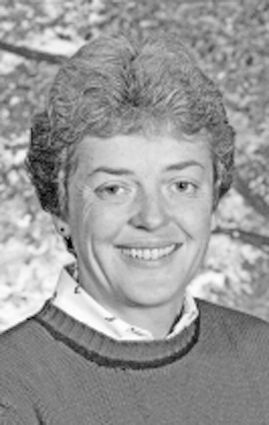 The memorial service for Maryan Salmi, 77, of Aberdeen will be at 10:30 a.m., Wednesday, October 17, 2018, at St. Mark's Episcopal Church, Aberdeen, with Father Richard Zephier officiating.

Maryan died Thursday, October 11, at her home in Aberdeen.

Maryan Williams Salmi was born in Alberta, Canada on Sept. 12, 1941 to Thomas and Helena Williams of Wales. They moved to Illinois and later settled in Austin, Minn., where her father led his Episcopal church. After finishing high school in Austin, she earned her Bachelors of Science degree at McMurray College, Ill. and her Masters of Education degree at the U of Minnesota, Minneapolis.

After college she married Bob and taught at the University of Minnesota before settling to Aberdeen to raise her family. She was blessed with three sons Michael, Pete and Tim. She taught P.E. in Ipswich for over 20 years and was also a substitute teacher in Aberdeen. She directed the summer day Camp Courage in Aberdeen for 15 years. She also was a certified Neuromuscular massage therapist in Aberdeen for 10 years.

Maryan had strong faith as was very active in the church as a lay reader, chalice bearer, choir member and leading morning prayer services. She enjoyed bicycling, photography and fishing the northern Minnesota lakes amongst the loons and birch trees. She was an accomplished tennis player and coach with a wicked backhand and made the best chocolate chip cookies and cake in the world.

She spoke some Welsh and was fluent in "Donald Duck". While battling ovarian cancer, she knit and donated over 120 prayer shawls for friends and cancer patients. Maryan survived eight years with cancer and she died peacefully at home after a long and courageous fight.

In lieu of flowers, the family requests that memorials be directed to either the American Cancer Society or the Ovarian Cancer Research Fund.