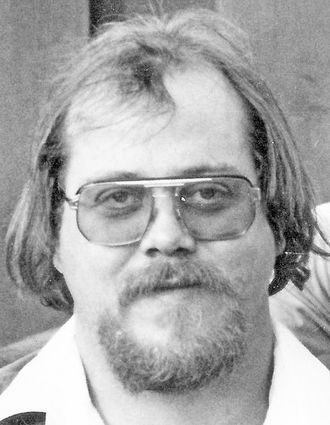 Timothy Sitter, 61, of Redfield, passed away at his home on Thursday, October 4, 2018.  His memorial service was at 7 p.m. on Tuesday, October 9, 2018 at Hyke Funeral Home in Redfield.  Pastor Lorah Houser Jankord officiated.

Timothy Sitter was born on November 4, 1956, in Ipswich to Clemans A. Sitter and Rosella (Bomesberger) Sitter.  He spent his childhood on the farm.  After graduating high school, Timothy went to work for Malchow's Furniture in Aberdeen, delivering furniture until moving to Redfield, SD in 2000, at which time he went to work for the SD Developmental Center.

Timothy enjoyed hunting and fishing and he looked forward to the yearly visits from his nephew Layne so they could go hunting together.

He was referred to as the "Gentle Giant" at work.  Tim was also a very good cook and was known for his pigs in a blanket and his chicken and dumplings.

Timothy is survived by his sister, Fern Fay Yaeger of Maple Grove, Minn.; brother, Duane D. Sitter of, Osseo, Minn.; his niece, Liza (Peter) Ramberg and their children Sonja, Paul and Karl; and his nephew Layne Yaeger of Bronx, N.Y.

He is preceded in death by his parents.

Arrangements have been entrusted to Hyke Funeral Home of Redfield. http://www.hykefuneral home.com .