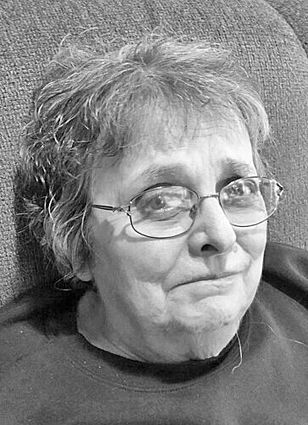 Burial was at Pleasant Hill Cemetery in Powell.

Kathy, the widow of Steven Grams, was born on July 5, 1946, to George and Elaine (Edmunds) Daly, in Dubuque, Iowa. She was a 1964 graduate of Immanuel High School in Eau Claire, Wis. Kathy then graduated from Austin State Jr. College in 1967 and from Mankato State College in 1969.

On September 13, 1969, Kathy was united in marriage to Steven Grams in Austin, Minn. The couple moved to South Dakota and made their home in Ipswich. She was a homemaker and business manager for her husband's business, Grams Service. They continued to live in Ipswich until Steve passed away in 2012. Kathy then lived in various towns to be by her children and grandchildren. She was most recently at Homestead Assisted Living in Lake Norden and the Lake Norden Care Center.

She was preceded in death by her husband, Steven, and her parents.

Music was provided by Barbara Gullerud as organist with congregational singing. Honorary pallbearers were all of Kathy's grandchildren.

The family prefers memorials to the Marcus P. Beebe Memorial Library in Ipswich.