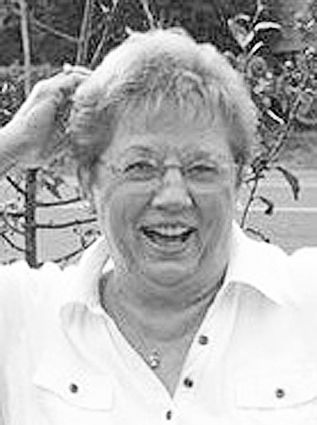 Deloris Lester passed away on Wednesday, November 7, 2018 at her home after a long battle with cancer. She was 83, and was surrounded by her family when she passed.

Deloris was born to Daisy and Herbert Kracke on May 1, 1935 in White. Deloris had one older sister, Eunice, and two younger siblings, Janice and Marvin. As a kid, Deloris went to the Lutheran Church, and helped her parents with chores on the farm. Deloris was often bossing Marvin around on the farm when he wouldn't listen to Eunice.

She graduated from high school in 1953, and met her future husband shortly after. Larry Lester was a friend of Deloris' brother, Marvin. One day, Marvin came home and said, "Larry wants to go on a date with you!" Deloris thought he was talking to her younger sister, Janice, and encouraged Janice to go out with Larry. Marvin said, "No Deloris, I meant you!" Deloris then said, "Oh no, I don't want to go!"

In 1956, Larry and Deloris sold their tractor and their cattle, and moved to Hawthorne, California with $90. They only had one car, and Deloris rode the bus to work every day. At that time, she worked in the collections department at Local Loan.

They lived in California until 1959, and then packed up again to head to Sweet Home, Oregon. In March of 1960, Larry and Deloris welcomed their first daughter, Vickie. In 1964, Larry started Pee Wee Logging with Deloris' brother, Marvin. Pee Wee Logging contracted with Boise Cascade, and Deloris became the bookkeeper. Deloris was also the bookkeeper for the Shell gas station that Larry owned with Marvin in Sweet Home. Deloris had her family laughing one day when she told a story about running out of gas, saying, "And we even owned the dang gas station!"

Larry and Deloris welcomed their second daughter, Diane, in December of 1966. In 1967, they moved to Dallas, Oregon. They purchased the home on East Ellendale where they would both spend the rest of their lives.

Pee Wee logging was sold in 1981 when Larry and Marvin decided to buy a cattle ranch in Baker City, Oregon. In 1984, Larry and Marvin were asked to contract with Boise Cascade for road maintenance. This is when LesKracke Inc. was born, and Deloris became the bookkeeper until Larry retired in 2003.

Deloris loved to work in her yard and garden. She had hundreds of beautiful flowers planted and even now, her backyard still looks like a city park. She also enjoyed canning. Every year, with Larry's help, she would can tuna, green beans, pears, peaches, and a variety of jellies and jams.

Deloris was a great cook, and made weekly Sunday dinners for her children and grandchildren. This was a tradition she carried on from her own mother. Some of the family favorites were her fried chicken, barbeque meatballs, and chicken with dumplings. Every family member got to choose a special dinner and dessert that she would cook them every year for their birthday.

Deloris did a lot of traveling throughout her lifetime. She took several trips to Hawaii with Larry, as well as some with her children, grandchildren, and sister, Eunice. In 2000, she took a trip through Europe with Eunice, where they traveled to Germany and Italy.

In 2011, Deloris and Larry helped their youngest granddaughter move to Nashville, Tenn., and took several trips there to visit her over the next five years. Deloris loved country music, and even got to hug Bill Anderson at the Grand Ole Opry once. She also loved Brad Paisley, and often referred to him as her "boyfriend".

Deloris took her last vacation in February 2018. She traveled to Cabo San Lucas, Mexico with her daughter, Diane, and her son-in-law, Jim. She was just recovering from laser surgery for her recently discovered brain cancer, but she didn't let that slow her down. The lifeguards even carried her in her wheelchair to sit under a cabana on the beach. She loved the sun and the ocean, and sent postcards to her family saying that she was having the time of her life.

One of Deloris' favorite places was the casino. She loved to play QuickHits, and would often try to sweet talk the machine into letting her into the bonus feature. Deloris had great luck when it came to gambling, but her family would chalk that up to good karma. If you knew them, you probably know that Larry and Deloris were two of the most selfless and giving people you could ever meet. They were always helping others, or giving gifts just to see a smile on someone's face.

There will be a celebration of life on Monday, November 19 at 4 p.m. at the Nesmith Readiness Center in Dallas (12830 Westview Drive). Please come prepared to laugh and share stories about Deloris.

While flowers are welcome, the family invites mourners to make a contribution to one of the following charities in Deloris' honor: The Catholic Community Services Independent Living Program in Salem to help teenagers in foster care, Growing Gardens in Portland to teach people in need how to garden and grow their own food, or the Dallas Adopt-A-Family program to provide a family in need with a holiday meal and gifts in Deloris' name. These are all causes that were near and dear to her heart.

Above all of these things, Deloris' family would like to see her spirit kept alive through the people who knew and loved her. She was a light in many people's lives, so please help her family spread that light in her honor. Smile at a stranger. Write a card to a friend for no reason. Plant a flower.

On Deloris' 80th birthday, one of her friends told her she looked amazing for being 80. Her response was simple: "Thanks, I plan to stay amazing." Stay amazing, she did. She was a rare and beautiful soul who will be missed by many.

The Dallas Mortuary Tribute Center is caring for the family. http://www.dallastribute. com