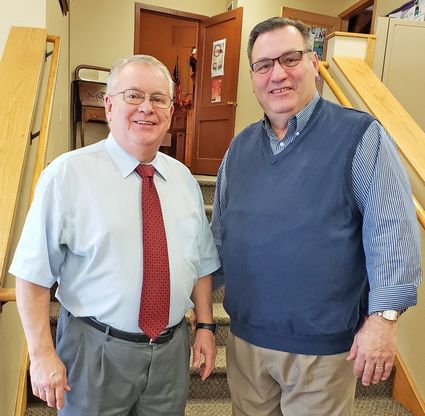 One, Father Russell Homic of Holy Cross Catholic Church lives in Ipswich. The other two are interim pastors who live elsewhere.

Pastor Tim Fugman recently became the minister at the Ipswich United Church of Christ. Pastor Dan Kuno is the interim pastor at the First Baptist Church of Ipswich.