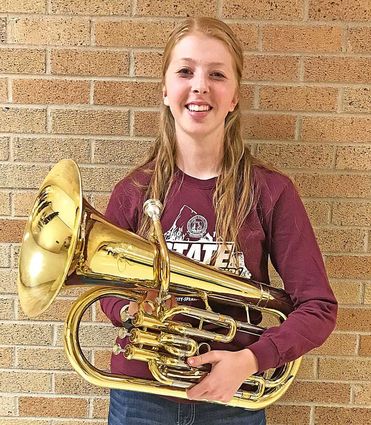 The 28th Annual South Dakota North Area Honor Band will present their concert on Saturday, December 1, 2018 at 7 p.m. at the Johnson Fine Arts Center on the campus of Northern State University.

Kari Kanable, IHS baritone player, will be part of the band.

The South Dakota North Area Honor Band was created when area band directors began expressing an interest in providing a regional opportunity for their experienced instrumental musicians. Upon nomination by their band director, s...