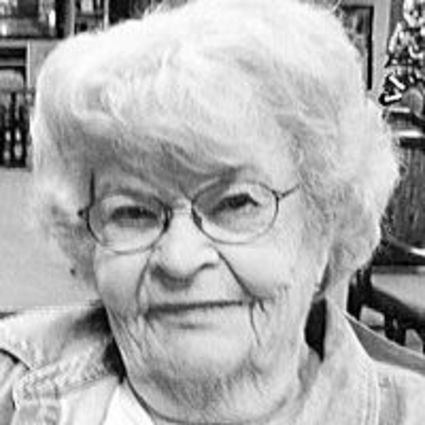 The funeral service for Marilyn Roesch, 85, of Webster and formerly of Roscoe and Ipswich, will be held on Wednesday, December 5, 2018 at St. Paul's Ev. Lutheran Church in Roscoe at 10:30 a.m. Pastor Justin Dauck will be officiating. Burial will be at Morningside Cemetery.

Visitation will be held one hour prior to the service at the church.

Marilyn was born on July 2, 1933 to Merrill and Eva (Anderson) Jackson on the original family farm 19 miles north of Thunderhawk, SD in Grant County, N.D. Marilyn graduated from Lemmon High School and attended Northern Normal in Aberdeen where she attained her Teacher’s Certificate.

She taught at a country school three miles north of Roscoe. Marilyn married the love of her life, Donald Roesch, in January of 1953 at the Chapel at Fort Knox, Kentucky.

She enjoyed country life on the farm and was active in numerous clubs, such as the American Legion Auxiliary. She was divorced in 1977 and began a career of helping others as a nurse’s aide. She worked in facilities in Aberdeen, Hettinger, N.D., Freeman, and Ipswich. She then moved to Lemmon where she lived and cared for her aging mother, Eva, for five years until Eva’s passing in 2000.

Marilyn’s own battle with Alzheimer Disease led her to live out her life in care facilities in Ipswich and finally in Webster. During her long battle, she and her daughter, Pam, grew closer and closer in their relationship and bond. They shared many treasured times together.

Marilyn died Friday, November 30, 2018 at the Bethesda Home in Webster.

Marilyn was preceded in death by her parents and two sons, Douglas and Dwight.