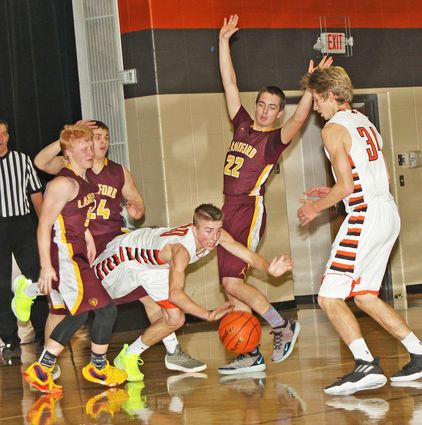 Ipswich opened its 2018-19 boys' high school basketball campaign with a pair of Lake Region Conference victories, one on the road and then one at home.

Against E-B the Ipswich contingent gradually extended its lead and eventually placed 11 players in its scoring ledger. Will Kadlec led the balanced effort with 15 points and featured three treys. Ben Kulesa was next with 11 points, including a trey and Ty Kadlec also reached double-figures with 10 points...