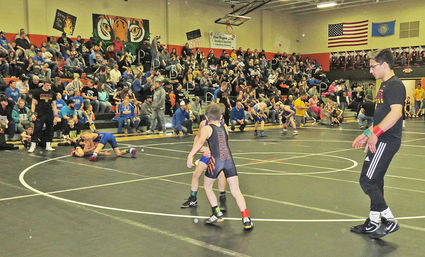 The Ipswich School gym filled with wrestling fans with several matches going on each mat.

There were about 230 young wrestlers from the area who competed, including 46 from the Ipswich area.

The Booster Club thanks all the volunteers who made the day a success.

Watch for another crowd of wrestling fans on March 2, when Ipswich hosts the AAU district tournament.