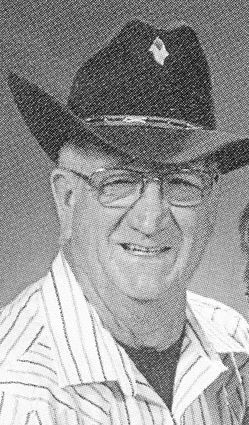 The funeral service for Glenn Brockel, 80, of Roscoe, is 10:30 a.m. Saturday, Feb. 2, 2019 at the UCC Church in Ipswich. Pastor Tim Fugman will lead the worship. A time of lunch and fellowship will follow the service. Burial will be at Sunset Memorial Gardens in Aberdeen.

Glenn was born April 24, 1938 to Gottlieb and Carolyn (Klingman) Brockel in a sod house outside of Mound City.  He grew up and attended school in Bowdle for three years before his family moved to Roscoe, where he attended school through the sixth grade.  His family then moved to Aberdeen where he completed his schooling. After graduating from high school, he worked for DeVries Dairy.

He married Marcella Diegel in 1958. Out of this marriage, two children were born, Glenn Jr. and Debbie.  During this time Glenn was employed at Lambert Lumber Company and the South Dakota Game, Fish and Parks Department. In 1968, he married Avis Brandlee and they had a son together, Roy.  During this time he was employed by Conlin's Trucking and Centennial Homes. In 1984, he married Donna Hyland and gained two more children, Troy and Michelle.  In 1991, they moved to a farm north of Roscoe where he could pursue his dream of farming.  He farmed until 1996 when he fell and broke his hip.  After his retirement from farming, his own land, he did seasonal work, helping Arnold and Steven Schurr during spring and fall work.

Glenn had many hobbies throughout his lifetime as he did woodworking and traveled around the state to craft fairs. He liked to go fishing, camping and he enjoyed playing pinochle with the guys at the cafe. In 1997, Glenn and his uncle, Leo Brockel, founded the Brockel Family Reunion, which is still being held every three years.  He was the acting president until 2016 at which time his daughter, Debbie Eisenbeisz, took on the role.  He was very active in doing things for the events each time they were held.

He was preceded in death by his parents, two brothers, one son, and one son-in-law.