Heinz a champion at Groton Tournament 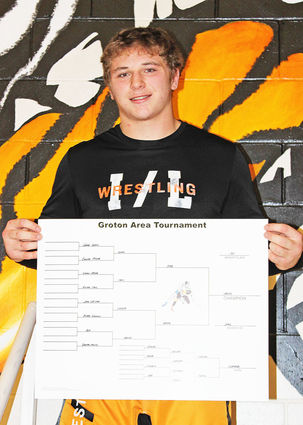 Carter Heinz was the 195 champion in Groton

Heinz scored 22 of the Tigers' 32.5 team points, concluding with a 1:19 pin of a Canton JV opponent in their championship match.

Frickson was next with 7.5 team points and lost a hard-fought 5-4 placement decision in his third-place match to a Warner/Northwestern foe.