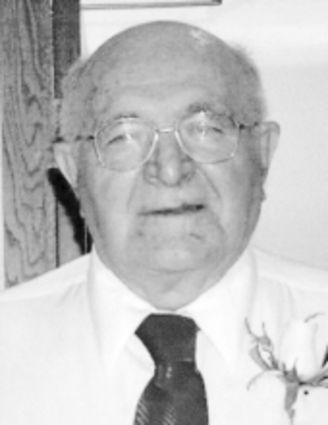 Orville Fritz Gorne was born on April 8, 1929 in Loyalton, to Jacob and Elsie (Walz) Gorne. This is the area where he grew up and attended country school. On October 2, 1955 he married Phyllis Mullner in Aberdeen. They made their home on a farm near Roscoe, until 1965, when they moved to Aberdeen.

Orville attended Aberdeen School of Commerce, where he received his accounting degree. On August 1, 1967, they moved to Seattle, Wash., where he worked for Musician Union and later for Seattle Indian Center. In June of 1974,

Orville and Phyllis moved back to Aberdeen, where he worked for Keenan and Craig until 1977, when he started his own business. Orville owned Gorne Bookkeeping and Tax Service until 1996. He then worked part time for Sound Decisions until December 2013, when he retired due to his health.

Orville was a member of Trinity Evangelical Lutheran Church, of Aberdeen. He loved watching baseball, especially the St. Louis Cardinals and loved music. He had a passion for working with numbers and accounting.