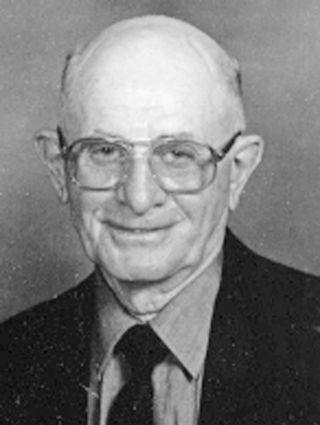 Pius Ignatius Waldman was born June 29, 1927 to Joe and Mary (Goetz) Waldman, along with sisters Rita and Marcelline. He attended grade school at Clark Township, and graduated from Onaka High School in 1946.

Pius remained in the Onaka area farming with his father. He married Clara Stappler, September 14, 1949. Three children were added to this union; Deborah, Jack and Mardell. He was a member of Onaka St. John's Catholic Church, and a member of the Clark Township board for twenty plus years.

He donated 15 gallons of blood but was disqualified after a massive heart attack on March 1, 1996. After a five-bypass open heart surgery he recuperated fully, and enjoyed dancing again. Pius and Clara attended Polka Fests in many towns in several states. Pius spent all his life on the family farm until they moved to Aberdeen in 2010. They celebrated their 65th Wedding Anniversary in 2014.

He was preceded in death by his parents, and sisters Rita Fix and Marcelline Wanner.