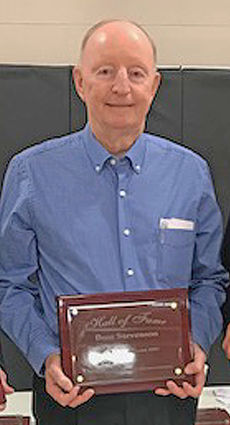 The South Dakota Cross Country and Track and Field Coaches Association (SDCCTFCA) Hall of Fame 2019 Class were inducted during a ceremony Saturday, Feb. 23, 2019 at the South Dakota National Guard Armory in Sioux Falls.