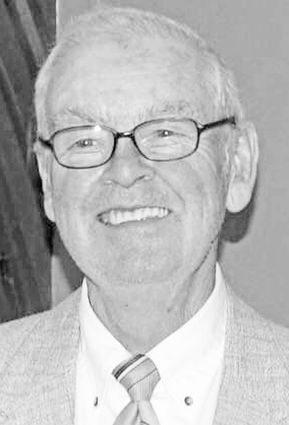 Melvin Henry Morris was born 8-8-38 near Loyalton in the home of his parents, David Henry Morris (Hank) and Elma Lorna (Drager) Morris.  He was the first of 3 boys.  Brother Kenneth followed almost exactly three years later and baby brother, Eugene nine years later. With no girls to help mama, Melvin learned to cook and sew.  He attended country school until eighth grade and then he went into Ipswich for high school.  He was boarded out to the midwife that delivered him.

The Morris cousins were very close growing up since Elma and her sister, Darlene, married Hank and his brother, Bob. It was hard to tell who belonged to whom sometimes! Birthdays, Christmases and Thanksgivings were always spent together. After Hank and Bob passed away, Elma and Darlene started their annual Memorial Day drive to cemeteries in Aberdeen, Ipswich, Craven, Powell, and Loyalton showing the growing generations where their ancestors were laid to rest. The trip usually ended up on a grass covered road by the homestead and into Roscoe for a family supper.

Melvin graduated in 1958 from Ipswich High School alongside his cousin, Beverly Morris (Jones). Melvin's first job was at Gamble Hardware Store and unbeknownst to him, the waitress at the café next-door grew up near his family on the other side of the hill. They didn't meet until she moved to town and served him coffee.  On Christmas Eve 1962, he asked Darlene Thompson to marry him. They wed August 24, 1963 in the UCC Church in Ipswich.  The following July, their daughter Lori was born.  Melvin was too excited to call his parents so he drove the 25 miles to Aberdeen and woke them up to have coffee. 18 months later, son, Lee was born and son, Darren five years later.

Mel went from working at Gambles to owning his own Texaco gas station.  A few years later he sold the gas station. Mel and Darlene bought the clothing store downtown and named it the Ipswich Clothing Store. Mel continued sewing and embroidery, which was great news to Darlene!  They enjoyed square dancing and showing off all the bright matching outfits Mel made for them.

Several years later they sold the store and Mel went on to work many different jobs in the surrounding towns of Ipswich, Roscoe, Leola, Craven Corner, Mina and Aberdeen. He worked at the Topper Factory, Peevy Building Center, UBC, an insurance company, and always took jobs where he could cook and/or bartend.  Because of all these jobs, Mel made many, many friends. No matter where he went, he knew someone!

Mel always enjoyed family gatherings with either the Morris or Thompson families. Many of his friends and family received special banana bread, Kuchen or whatever he whipped up. He loved cooking and baking. He also used his sewing skills and made many matching outfits for Darlene and Lori and eventually dresses for Betsy and outfits for Adam. He sewed and embroidered quilts for many family and friends for graduation or wedding gifts.

Mel was an active member of the UCC Church, Commercial Club, Lions Club, Yellowstone Trail Saddle Club and a bowling league.  He was also a volunteer fireman for many years.

Melvin's last job before retirement was at Ken's Fairway in Ipswich. Mel loved visiting with everyone and carrying out their groceries.  Mel was a real go-getter and could hardly sit still.  As soon as he got to one place, he was ready to go somewhere else. Being a grandpa was one of his greatest joys.

Melvin was preceded in death by his parents and wife, Darlene, (2011).