IHS boys get victory in Region 2B opener 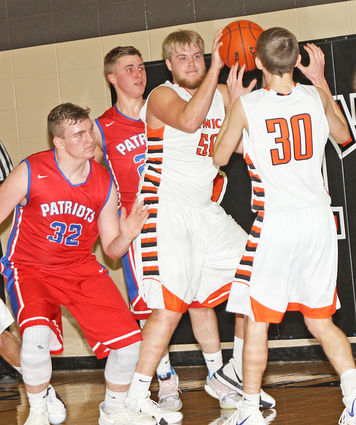 The Region 2B boys' high school basketball action got under way on Monday, including a lower-bracket play-in game and in that lower bracket, Ipswich hosted Eureka/ Bowdle as the number-seven seed vs. ten. And the hosts captured a 70-28 win to advance to face Potter County in Gettysburg in a lower-bracket semifinal on Tuesday. Number-three Leola/Frederick was to host sixth-seeded Faulkton Area in the remaining lower-bracket semifinal. Those winners will also meet at the home of the higher seed for a Region 2B championship on Friday, March 1 and a bid to the SoDak 16.

There was also an upper...