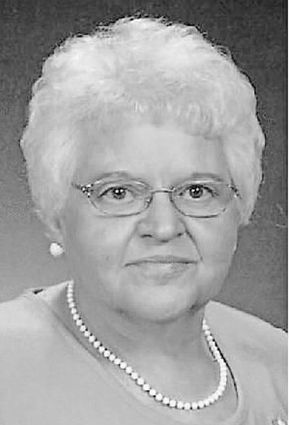 Funeral services were held on Sunday, March 3, 2019, at Central United Methodist Church in Milbank. Burial will be in Pleasant Hill Cemetery, Ipswich, at a later date.

Deloris Mary Richards was born on May 29, 1935, in Powell Township, near Ipswich. She was the daughter of Elmer and Blodwen (Williams) Richards. She was educated in the rural school of Powell Township through the sixth grade. She attended school in Ipswich and graduated with the Class of 1953. Deloris continued her education at Aberdeen School of Commerce and graduated with a Stenographic Degree. She attended Northern State College in Aberdeen and received a Bachelor of Science Degree in 1958.

Deloris began her teaching career at Hecla High School where she taught business subjects for three years. In 1961, she moved to Parkston and was the school librarian and taught business subjects until 1978. In 1978, Deloris moved to Milbank and worked as the Milbank High School librarian until her retirement in 1999, after 41 years in the education field. Deloris was a Junior Class Adviser and Cheerleading Adviser at all three Milbank schools during her career. She was the founder of "A Mighty Trojan or Bulldog Lives Here" signs.

She was a life member of Order of the Eastern Star and a present member of the Redfield Chapter. Deloris was a member of SDEA, NEA, and the local education associations while teaching. She was a member of Progressive Literary Club in Parkston, as well as AARP and a book club in Milbank. She was a faithful member of Central United Methodist Church.

Following her retirement Deloris worked part-time at Milbank Area Chamber of Commerce until July of 2006. She moved to Park Place Assisted Living in Milbank on October of 2015. Deloris never married.

She was preceded in death by her parents and one sister, Joyce Wolf.

Left to cherish her memory are nieces, nephews, other relatives, and many dear friends.