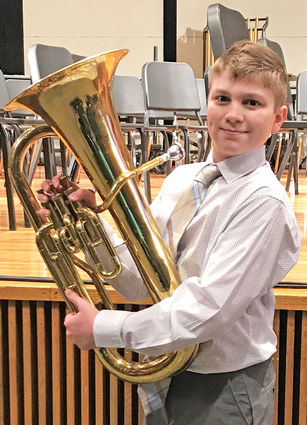 The group featured musicians in grades 6-8. Ipswich musician Sam Grabowska was a member of the group. He plays baritone.

Students from all over the state had to audition to be in the bands.

To celebrate the SDMEA's 20th anniversary, guest conductor and composer Tyler S. Grant conducted the Festival Band. He wrote a piece for the Festival Band to premiere at the concert.  Dr. Jacob Wallace, director of bands at SDSU, was the Honor Band conductor....