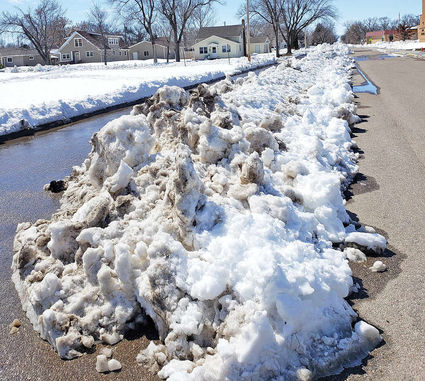 Nowhere to put the snow

Ipswich received snow in a blizzard last. Ipswich Weather Observer Marv Seyer recorded 16 inches of snow on April 11. That came after 9 inches on April 10. Seyer said the 16 inches was the most snow in a day that he has ever recorded. The old record was 12 inches.

The snow piles in the street are nearly gone after warm April temperatures aided the melting effort.

Governor Kristi Noem ordered the closure of State and County offices during the three-day storm.