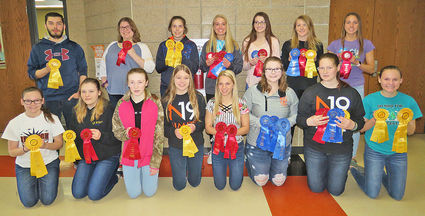 Several IHS students earned ribbons in a variety of divisions: