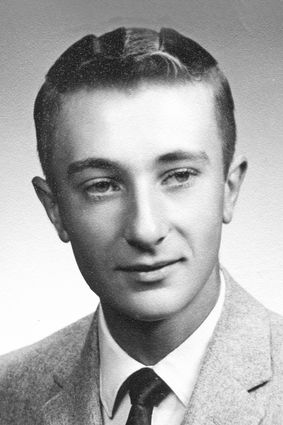 Delbert was born February 16, 1943 in Aberdeen to Katie (Diegel) and Jake Finkbeiner. He was raised on the Finkbeiner farm northwest of Roscoe. His formal education began by attending country school in Cottonwood Township, then Roscoe High School (Class of 1961), and finally with the University of South Dakota-Springfield.

Delbert proudly served his country in the United States Army for six years which included time in both South Korea and Germany. He married Martha Contreras in April of 1967 in El Paso, Tex. Following his honorable discharge on March 26, 1970, he returned to South Dakota where he dedicated the remainder of his life to the family farm.

Delbert's main interests were farming and family. He was also an avid reader and had a strong interest in history. Those who knew him best describe him as an honest, hardworking, family man.

Delbert is survived by Martha, his wife of 51 years; one son, Michael Finkbeiner of Roscoe; one daughter, Silka (Brent) Kempema of Pierre; and two grandchildren, Deklan and Claire.

Services are in care of Lien Funeral Home, Bowdle. Visit www.MillerLienFH.com to leave an online condolence or to view the tribute video.