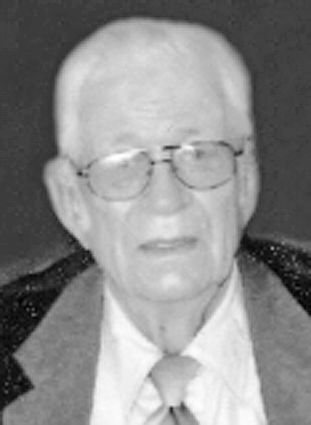 Selmer Norman Anderson was born September 15, 1930, to Daniel and Anna (Gunderson) Anderson at home in Kent Township, Edmunds County in the same house his father was born in. Selmer was the second generation to be born in America from Denmark.

Selmer attended the one room school for grades one through eight. Later he attended three winters of Agriculture school at the South Dakota State College at Brookings.

On June 17, 1953, Selmer was united in marriage to Colleen Blake at the Wesleyan Church in Aberdeen. To this union came Renee, Ronald and Rachel. With his wife and family, his years were spent farming and raising livestock. Selmer served in the United States Army Infantry during the Korean Conflict, from October of 1953, to June of 1955. During that time, Selmer spent a year on Okinawa. After receiving his honorable discharge, he returned to the farm.

One of Selmer's greatest joys was being a charter member of the James Valley Threshing Association at Andover. Another one of his joys was giving hayrides with his team of Belgian horses to the children at the Richland Church at Halloween time.

Selmer's greatest sorrow came when he lost his son Ronald in a baler accident the fall of 1984.

In December 1999, Selmer and Colleen retired from the farm and moved into Cresbard for 17 years. It was here he became a member of the American Legion Post 0213 and served on the Cresbard Museum Committee.

In May of 2017, Selmer became a resident of the Ipswich Care & Rehab. In December 1, 2018, he was moved to Aberdeen Health & Rehab until his death.

Selmer was a member of Richland Church for many years.

Preceding Selmer in death are his son, Ronald; his parents, Dan and Marie Anderson; and two brothers, Alfred O'Neill and James O'Neill.