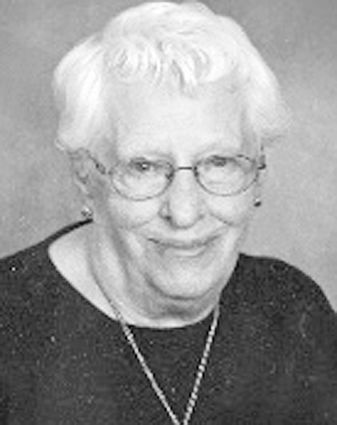 Gladys Irene was born on June 23, 1927 to John and Catherine (Beigler) Dosch at Ipswich where she was raised and attended Teacher's College in Aberdeen. Gladys taught school in Edmunds County until her marriage to Edward.

Gladys married Edward Braun on June 15, 1949. They farmed west of Mina for 37 years. They moved to Aberdeen in 1986, Edward passed away October 2010. Gladys enjoyed gardening, sewing, dancing, playing cards, loved making pot holders and giving them away and crocheting. When she moved to Aberdeen she worked at Western Printing and did many hours of volunteer work.