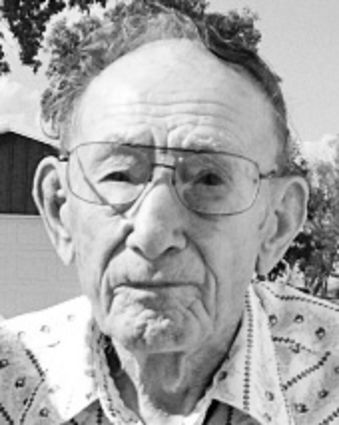 Leo Emil Haar was born November 5, 1925, to Walter and Rosina (Kranzler) Haar at Java. He grew up and attended rural school in this area. In 1944 he moved north of Ipswich and farmed with his parents. On February 9, 1947 he married Eleanor L. Jones at Ipswich. They continued farming until 1951 when they moved to Toledo, Ohio. He went to night school and became a mechanic at Spurgeon's Auto Service in Genoa, Ohio. In 1952 they returned to Aberdeen where he started a car body repair shop. He worked for Premack's for three years, then Hub City Iron for 30 years. In 1978 they moved to a farm north of Aberdeen. He retired in May of 1989 and started his Farmers Mower Repair business on the farm.

Leo was a member of Good Shepherd Lutheran Church. He was a Sunday School teacher for 51 years and a mentor for several young people. He enjoyed animals and the work involved in taking care of the animals. He also enjoyed shearing sheep for 64 years. Leo and Eleanor enjoyed riding horse and cattle drives. They ran a petting zoo at the Brown County Fair for 20 years