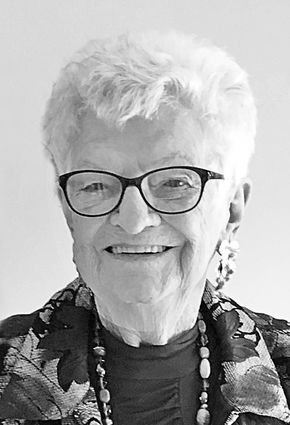 Her memorial service was at 11 a.m., Friday, August 2, 2019, at Schriver's Memorial Mortuary and Crematory, Aberdeen, with Father David Janes officiating.

Burial was at Riverside Memorial Park Cemetery in Aberdeen.

Naomi May Bresnan was born April 26, 1925 in Sioux City, Iowa. She was adopted as an infant to Bryan and Margaret Bresnan. At a young age, Naomi's mother passed away. Her father later remarried Nora and together they raised Naomi in Orient. Naomi attended school in Faulkton and graduated from Faulkton High School. She then furthered her education at Presentation College in Aberdeen, where she received her Registered Nursing Degree.

Naomi was united in marriage to Everett R. Omland at St. Mary's Catholic Church on July 13, 1946. The couple made Aberdeen their home, where Naomi was employed at St. Luke's Hospital until 1960. They then moved to Ipswich, where Naomi served as the Director of Nursing at the Ipswich Hospital until the time of her retirement in 1987. Following retirement, Naomi and Everett continued living in Ipswich and spending winters in Arizona. Together, they raised seven children and shared over 65 years of marriage before he passed away on January 25, 2012. Naomi then moved to Aberdeen and resided at Davis Court until the time of her death.

Naomi was preceded in death by her husband, Everett; her daughter, Jody Dalland; and her parents.

Schriver's Memorial Mortuary and Crematory, Aberdeen, was in charge of arrangements. Family and friends may sign Naomi's online guestbook and also view her service via the live stream service link at http://www.schrivers memorial.com.