W.I.N. to play at American Legion Class B Tourney 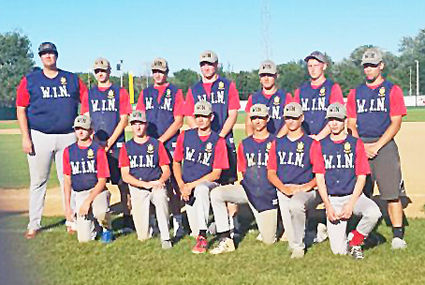 Dan Sudbeck of Dimock, Chairman of the State Athletic Commission for The American Legion, Department of South Dakota, announced the first round pairings for the South Dakota 2019 Class "B" Junior American Legion Baseball State Championship Tournament that will be held at the Locke-Karst Field in Groton beginning on Friday, August 9, 2019.

The first-round pairings are the teams that have emerged victorious from their respective Regional Tournaments.

Warner/Ipswich/North-ville (W.I.N.) Post 137 qualified for the State Tournament. They will play Claremont/Britton Post 262 in the tourney opener...