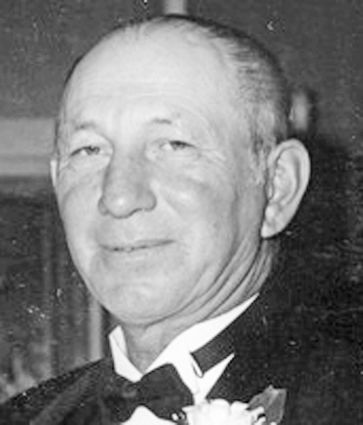 Junior was born August 8, 1942 to Carl and Amelia Hammrich (Gross) in Aberdeen. He attended grade school at Holy Cross up through eighth grade. After that he attended freshman year at Ipswich High School and then decided it was time to go to work. He worked at Dehnert Implement and Taylor Implement prior to buying the farm. He would wash machinery until he was old enough to start driving truck and delivering machinery. He bought his farm North of Ipswich in Belle Township when he was 16. He continued to live in Ipswich with his parents until moving to the farm in 1969.

He married Joyce Walker on July 29, 1967 at Holy Cross Church. They had two children Tom and Michael. Michael died as an infant, two days after birth.

Junior and his brother Clarence farmed together until 1986, they farmed their land and raised Charolais and Angus cattle and put up hay all over the country. He was always proud of his John Deere equipment and very seldom ever was seen without his green cap. They were always busy and put in a hard day's work and many a long night making deals for the next day. After Clarence and Junior decided to split their farms Junior and Joyce continued to feed cattle and put up hay but rented their land out. He stayed on the farm until September 2016. He moved off the farm the day of the auction sale because the propane tank for the stove was sold and he would have to go hungry. He has lived in Ipswich since then.

He liked to visit and tell a good story. His door was always open for many an early breakfast. Junior loved to go hunting with friends and fishing when the kids were young. Family trips usually involved going to Idaho to his brothers and sister. He loved playing cards and was always available for a Pinochle game. He even would get up early and go to Aberdeen and start the coffee at the sale barn to get ready for their Pitch game.

Junior found out he had cancer in November 2016. He went through chemo therapy and radiation treatments, the cancer then went into remission. His lungs started to give out and he was on oxygen for the last two years. It was hard for him to get out and play his cards and visit but he still had plenty of conversations and visits over the phone. He had a lung collapse and had to have risky surgery on October 1st. He died peacefully in recovery after surgery at Avera St. Luke's Hospital.

He is survived by his wife of 52 years, Joyce; son, Tom (Paula) and grandchildren, Sydney and Bailey. He is also survived by his sister, Irene; brother, Clarence, brother, Leonard and sister, Marilyn.