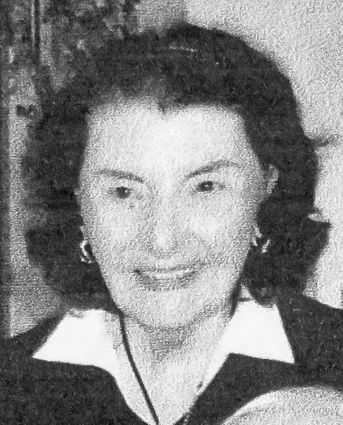 She was the youngest, the 11th child of George and Margaret (Schumacher) Weninger was born on Sept. 19, 1925 in Ipswich.

'Bea', as she was known, attended Ipswich schools. In 1941 she moved to Portland, Ore. to be with siblings. She met and married Harvey Moore. They had three children, Connie, Terry and Tim. Harvey passed away on Nov. 29, 1970.

In later years she would come back to visit her two sisters, Rose Dosch and Katie Weber. When the Class of 1942 celebrated their 50th reunion in 1992 she was invited to return to help celebrate. During that time she and Jack Griffith got re-acquainted. They were married in October 1993. Jack passed away in June 2009.

She is proceded in death by her husbands Harvey Moore and Jack Griffith; son-in-law Alvin Bedortha; parents and siblings.

Bea's wishes were to be cremated and brought back to Ipswich to be buried beside Jack at Powell Cemetery.