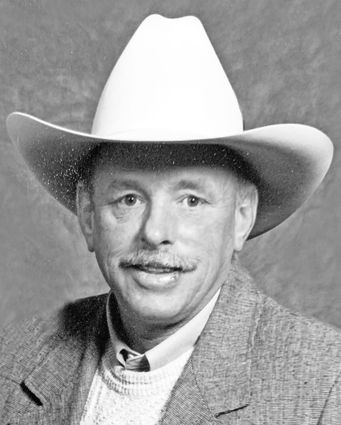 Richard E. Beitelspacher, 75, Bowdle, died Saturday, Nov. 30, 2019 at the Bowdle Hospital with family at his side.

Richard Erwin Beitelspacher was born September 3, 1944 to Erwin and Arlene (Jordal) in Hoven. He joined older sister Sharon, followed by younger siblings Shirley and David. The family lived on a farm near Tolstoy. Richard attended the S.E. School Hudson District #25 through age 10.  In1954, the family moved to a farm two miles east of Bowdle and this is where Richard lived the remainder of his life.

Richard was baptized on Dec. 10, 1944 at St. James Lutheran Church in Tolstoy and confirmed on March 30, 1958 at St. Paul Lutheran Church in Bowdle. He attended Bowdle Public School, graduating with the Class of 1962. After graduation, Richard attended South Dakota State University,but soon realized his heart was in livestock and grain farming and returned to the family farm.

Richard's true passion was for cattle, prompting him to attend an AI (artificial insemination)school and become a certified AI technician. He was eager to use his training to improve the Black Angus cowherd he and his father took great pride in. In the late 1960's, Simmental cattle were introduced into a cross-breeding program. In 1969, Beitelspacher Ranch became one of the early members of the American Simmental Association acquiring the membership number 270. Beitelspacher Ranch began holding annual production sales with the first held at the Bowdle Livestock Auction onFebruary 28, 1980. To this day, Simmental and Angus remain the two prominent breeds of the Beitelspacher cowherd with production sales still held annually.

On June 13, 1969, Richard married Sharon Beyers, and they became the proud parents of four children - Krecia, Kindra, Mark, and Lance. Richard's goal was to teach his children good work ethic and to strive to do their best in all their endeavors. He was always there to give them the extra nudgeduring cattle shows before they entered the show ring. He was a 4-H leader with his main focus on livestock, leading to the start of a premium sale during the Edmunds County 4-H Achievement Days.

Richard served on numerous boards including the Bowdle School Board, South Dakota Crop Improvement Association (20-year member), Edmunds County Crop Improvement and Livestock Improvement Boards, South Dakota Simmental Association Board, and nationally served on the Farm Credit of America Board, and Genex Board. In 1980, he was named Rangeman of the Year by the South Dakota Section of the Society for Range Management and by the Edmunds County Conservation District. In 1987, Richard received the Goodyear Conservation Award of Merit for Outstanding Accomplishments in Resource Conservation. In 2010, his love for the livestock industry prompted Beitelspacher Ranch to be a leading donor to South Dakota State University's new Cow-Calf Education and Research Facility.

Throughout the years, Richard enjoyed attending cattle shows including Canadian Western Agribitionin Regina, Canada, and the National Western Livestock Show in Denver, Colorado. Additionally, he and Sharon attended Simmental Summer Classic Junior Shows across the United States to support their children's involvement in the American Junior Simmental Association. Over the last several years, he and Sharon enjoyed several months during the winter in sunny Arizona.

He is survived by Sharon, his wife of 50 years; daughters, Krecia (Donnie) Leddy of Stockholm, their children Kiera, Kadon, and Korbin; Kindra (Bruce) Gordon of Whitewood, their children Bridger, Danika, Matea, and Bennett; sons, Mark (Tara) of Bowdle and their children Bryce, and Brady; and Lance (Heather) of Aberdeen and their daughter Kaelyn; sisters, Sharon (Dennis) Freed of Paulina, Iowa; Shirley Meddaugh of Germantown, Md .; brother, David (Kathy) of Allen, Tex .; and sister-in-law, Sheelah Prevost of Lambert, Mont .; as well as many cousins, nieces and nephews.

The Beitelspacher family prefers memorials which will be given to Edmunds County 4-H and St.John's Lutheran Church in Bowdle.

Services were in the care of Lien Funeral Home, Bowdle. (www.MillerLienFH.com)