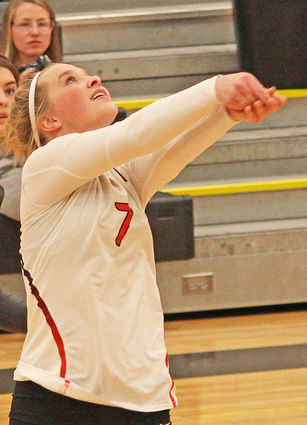 The 2019 Class B girls high school volleyball team, as voted upon by the South Dakota Volleyball Coaches Association, was heavily represented by Lake Region Conference players.

That list included Ipswich's own Chesney Olivier an honorable-mention libero. She had 41 aces, 50 assists and 507 digs.