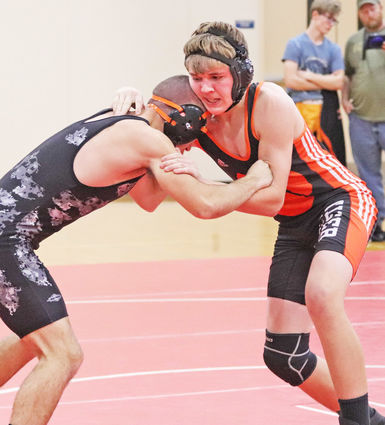 The Ipswich Area wrestlers competed in Faulkton on December 14 and placed five of the nine wrestlers that they entered.They combined for a tenth-place finish with 60 team points among the 16 teams that attended the Saturday meet. Kimball/White Lake/Platte-Geddes was first in the team standings with 220 total points, topping second-place Oakes with 147 team points.

Once again Ipswich Area's Carter Heinz was the top medalist for his second tournament this season, winning both of his 195-lb. matches at Faulkton. (He got a pin win, then captured a 6-2 decision over an Oakes grappler, Gabe Quand...