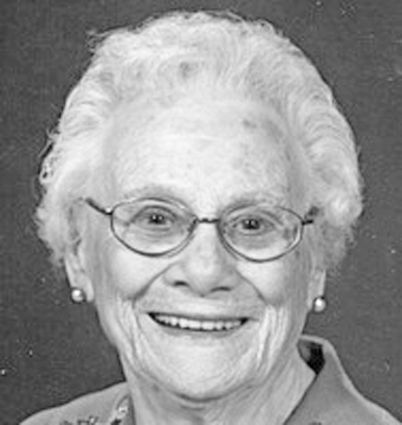 The funeral service for Junya Johnson, 101, of Ipswich is 2 p.m., Friday, December 27, 2019 at the United Church of Christ in Ipswich. Burial will follow at the Ipswich City Cemetery.

Visitation will be one hour prior to the funeral service at the church.

She was born on June 17, 1918 to Harry and Lydia (Ragatz) Munyon on a farm south of Tolstoy and attended a rural school there. On Nov. 28, 1939 she married Loren Johnson. They lived on the Johnson family farm southwest of Tolstoy. In 1958 they bought a farm northwest of Ipswich and moved their family. They lived there until 1989. At that time they sold the farm and moved into Ipswich. In 2012 she moved to Aberdeen.

Junya was a member of the UCC Church and the Women's Fellowship. She enjoyed gardening, sewing, crafts, cooking, baking, and time with her family. When the family would gather for a weekend, breakfast would include her wonderful caramel rolls.

She is proceeded in death by her husband, her parents, brothers Boyd and Lynden; sisters Eda Mae and Valentine (infant); and grandchildren Sheila Mitzel and Clinton Johnson.