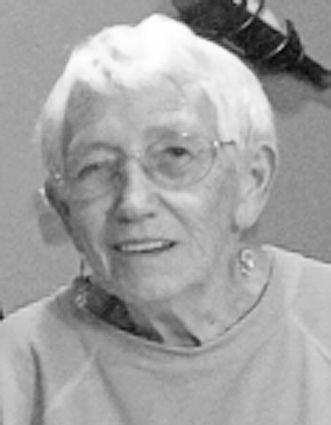 The funeral service for Lorentina 'Tina' Schipke, 85, of Aberdeen, formerly of Roscoe, was at 1 p.m., Sunday, January 19, 2020, at Spitzer-Miller Funeral Home, Aberdeen with Blair Kirkpatrick officiating. Burial will be at a later date at Morningside Cemetery, Roscoe.

Lorentina Lydia Maisch was born at McPherson County, Hillsview, to Jacob and Lydia (Hieb) Maisch on June 13, 1934. This is where she grew up and attended school.

On March 20, 1959, Tina was united in marriage to Roman Schipke at Roscoe. They made their home and farmed east of Roscoe. Roman and Tina celebrated over 50 years of marriage. They shared the love of music, playing cards, visiting friends, dancing and life on the farm.

Tina's joy in life was being a wife, mother, and grandmother. Her passions included cooking, gardening, sewing, and crocheting. She was very creative and talented in many ways which was passed on to her family and friends. She had a generous heart and shared her homemade gifts with many.

Tina was a member of St. Paul's Evangelical Lutheran Church in Roscoe.