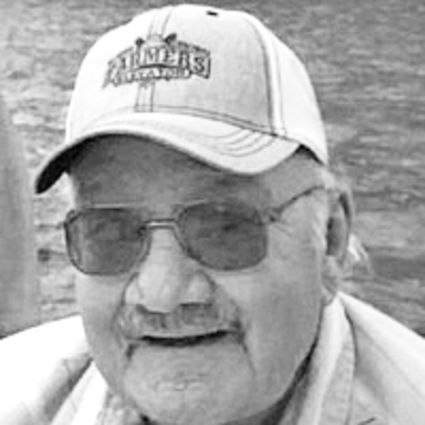 Mass of Christian Burial for Melvin H. Pfaff, 75, of Ipswich, was 10 a.m. on Saturday, February 8, 2020 at Holy Cross Catholic Church in Ipswich. Burial in the Holy Cross Cemetery.

Melvin was born April 29, 1944 at Ipswich to Herbert and Margaret (Ertz) Pfaff. He was raised on the family farm and attended elementary school at Holy Cross Catholic School before attending and graduating from Ipswich High School. His father, Herbert, died when Melvin was just 14 years old. Melvin tried to keep the farm operating with his mother and his family.

After high school, Melvin continued working on the family farm and eventually took a job as a meat inspector from 1973-1984. He then began working for the United States Department of Agriculture monitoring livestock. This job would lead him to spend time in Florida and Pennsylvania. When the funding for this program was ended by the government he returned to Ipswich. He worked for the local elevator and eventually for the city of Ipswich in the Maintenance department. He had most recently worked for the North Central Farmers Elevator and for Maurer Bros. Harvesting. His job with Maurer Bros. was one that he loved dearly and because of that, he never could officially retire.

Melvin enjoyed horses and outdoor sports such as hunting, fishing and golf. He was a lifelong fan of the San Francisco 49ers. He loved his friends and enjoyed visiting and spending time with them. He certainly enjoyed having a "discussion" and hearing and sharing a "good" story.

Melvin is survived by his sisters, Marilyn Finley of Boise, Idaho and Geraldine (Don) Moffenbier of Aberdeen; brother, Ken (Tami) Pfaff of Ipswich; and many nieces, nephews, great-nieces and great-nephews.

Preceding him in death were his parents; sisters, Luverne Pietz and Arlene Flores; and nieces, Kim Pietz and Kathy Flores.

Funeral arrangements are with Gramm Funeral Home of Ipswich. Online condolences may be left at grammfuneralhome.com.