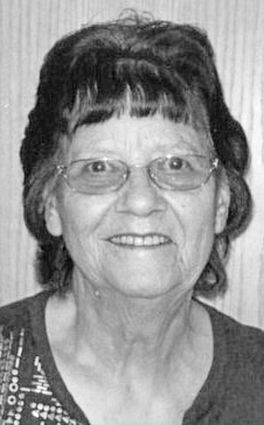 Marlene Beverly (Friese) Penfold, 84, of Roscoe and formerly of Redfield passed away Wednesday, February 12, 2020, at Sanford Medical Center in Aberdeen.

Her funeral service was at 10:30 a.m. on Tuesday, February 18, 2020, at Hyke Funeral Home in Redfield. Reverend Brian Wasmoen officiated.  Interment followed at Greenlawn Cemetery in Redfield.

Marlene Beverly Friese was born May 9, 1935, in Redfield to Walt and Alice (Anderson) Friese. On September 3, 1952, she was united in marriage to John Sheridan in Redfield.

She worked as a waitress outside the home, but her passion was being a ham radio operator.  In fact, her ham radio led her to England where she spent 10 years.  Marlene also enjoyed watching several TV programs, collecting dolls and money, and crocheting.  She loved dirt track racing as well as NASCAR racing and her favorite driver was Dale Earnhardt Jr.  She treasured the special times with family at the racetracks and motorcycle trips with her husband.  Her family fondly remembers Marlene as an amazing cook who was also very outgoing and just a little stubborn.

Arrangements have been entrusted to Hyke Funeral Home. (www.hykefuneralhome.com)