Heinz earns trip to State B 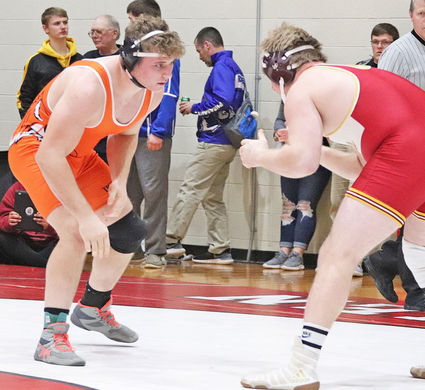 Carter Heinz in Region 1B Tournament action in Sisseton

The Ipswich Area Wrestling co-op competed on Saturday, Feb. 22 in Sisseton at the Region 1B Tournament, led by senior Carter Heinz's runner-up finish at 195.

To earn a trip to the State Meet, wrestlers still indeed need to place in the top four in their weight class. But new to the regional tournaments this year was wrestling-off the fifth- and sixth-place positions in each class. The top-seeded fifth-place wrestler from all the regions could compete at state as an alternate if a wrestler in their respective weight class is unable to compete at the state meet. And the Tigers' Lucas Rowland...